In Germany’s smallest wine region lies the largest producer of Red Riesling. With more than 15 hectares of vineyards, the region has the largest interconnecting vineyards of the rare grape along the gentle western slopes of the Odenwald mountains. Since 2006, the Hessische Bergstraße has been the setting of an aromatic success story like no other in Germany's world of wine. The story is initiated and passionately supported by local winemakers, who not only selected Red Riesling as their secret love child but also turned it into a sought-after local speciality in a short period of time. 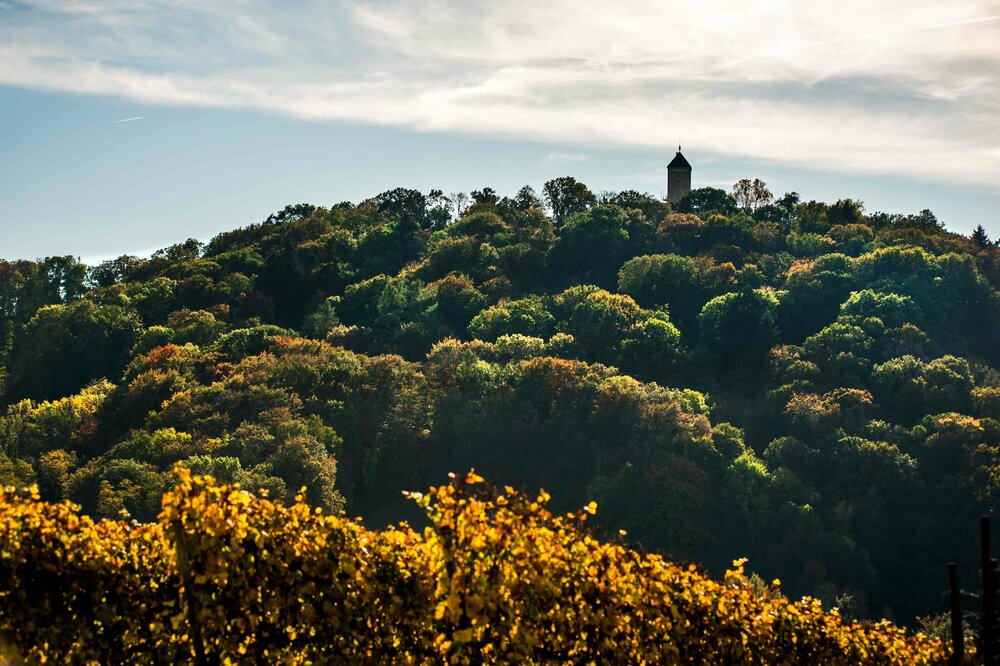 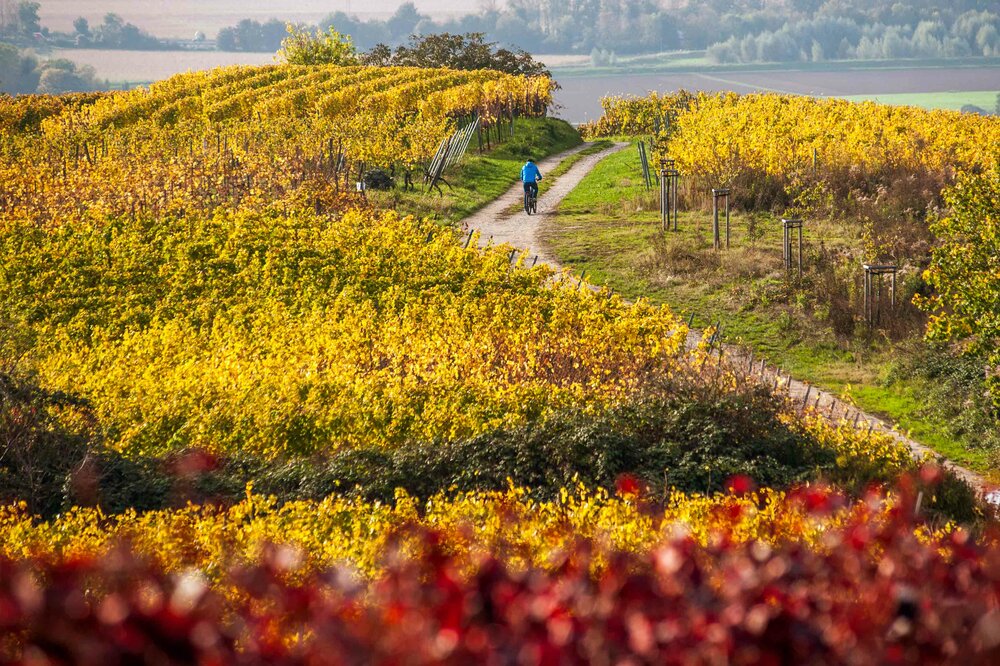 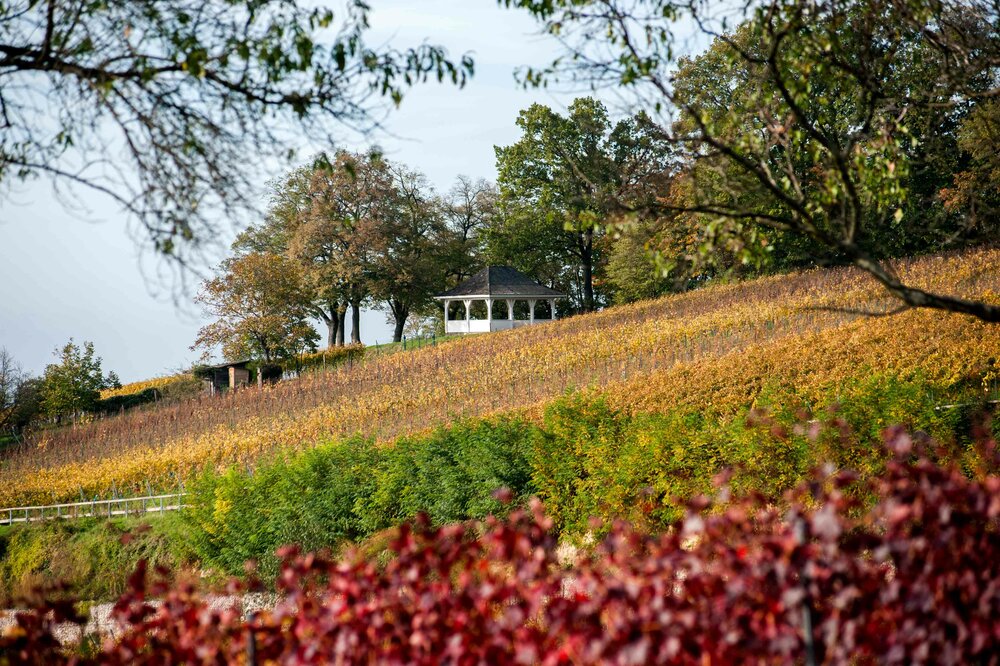 The special variety of grapes, small-scale topography and variety of soil inherently makes the Bergstraße an adventure playground of opportunities. Riesling traditionally dominates the 460 hectares of environmentally and geographically spoilt vineyards with their steep slopes descending right down to the Rhine river. Over the past 20 years however, an increasing number of visionaries and pioneers have been looking at how to further develop the multi-faceted terroir of 23 individual locations with fresh vigour and new perspectives. With the opening of the wine horizon and the ongoing quality campaign of certain businesses, the area has experienced a real upturn which benefits the entire wine region. It has become a wine haven, producing around 30,000 hectolitres a year on average, most of which is drunk locally. 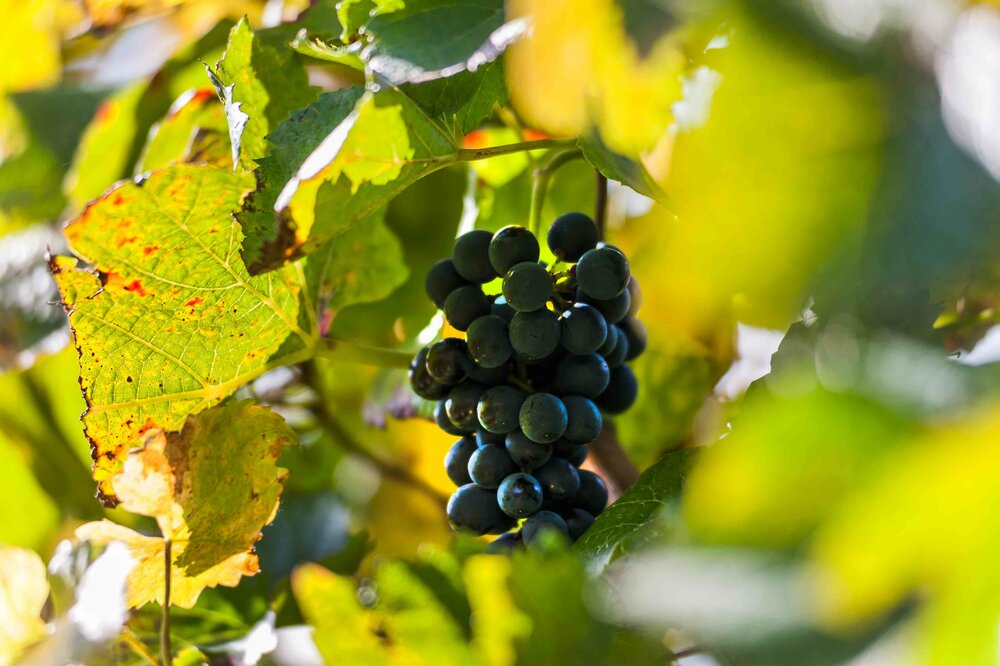 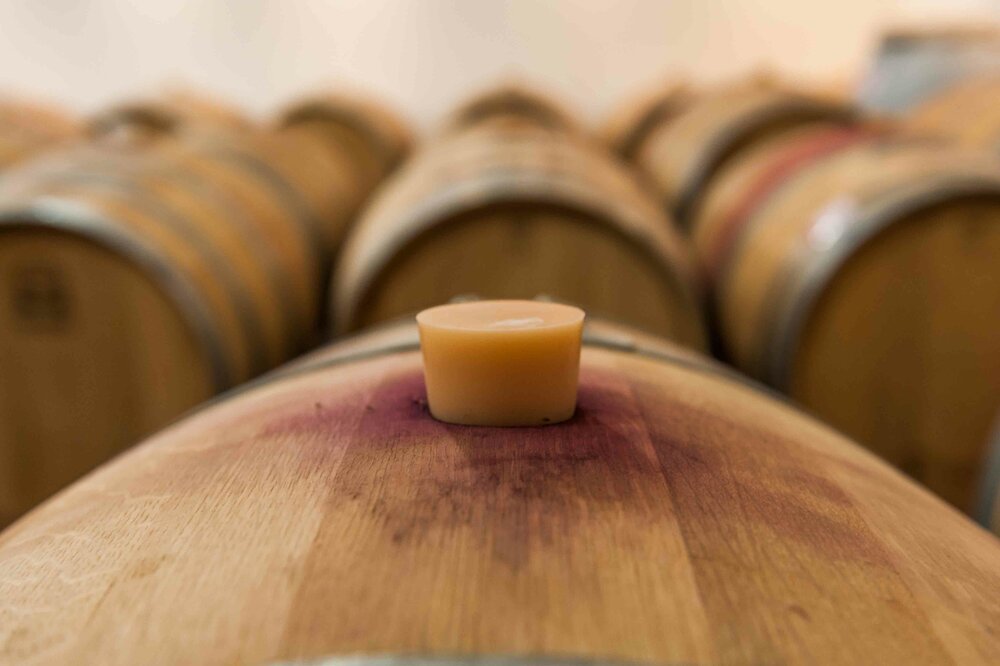 Hanno Rothweiler understands the dynamic of the wine region since he is one of its drivers. However, he is not from the Bergstraße neither is he the child of a wine-growing family. “I wasn’t born a winemaker - I became one,” he always says. His enthusiasm for nature and craft developed at an early age. He began making his own wine during his training back in the early 1980s. Today, he manages around six-and-a-half hectares of land in Zwingenberg, Bensheim-Auerbach and Heppenheim. Along with his vineyard field manager, Reinhard Steinbacher, Hanno Rothweiler guarantees a diverse and consistent collection that regularly brings surprises with it. The winemaker was a local Cuvée pioneer, grew varieties such as Syrah, Merlot and St. Laurent and then set the standard in this area with an excellent Primitivo (Zinfandel). 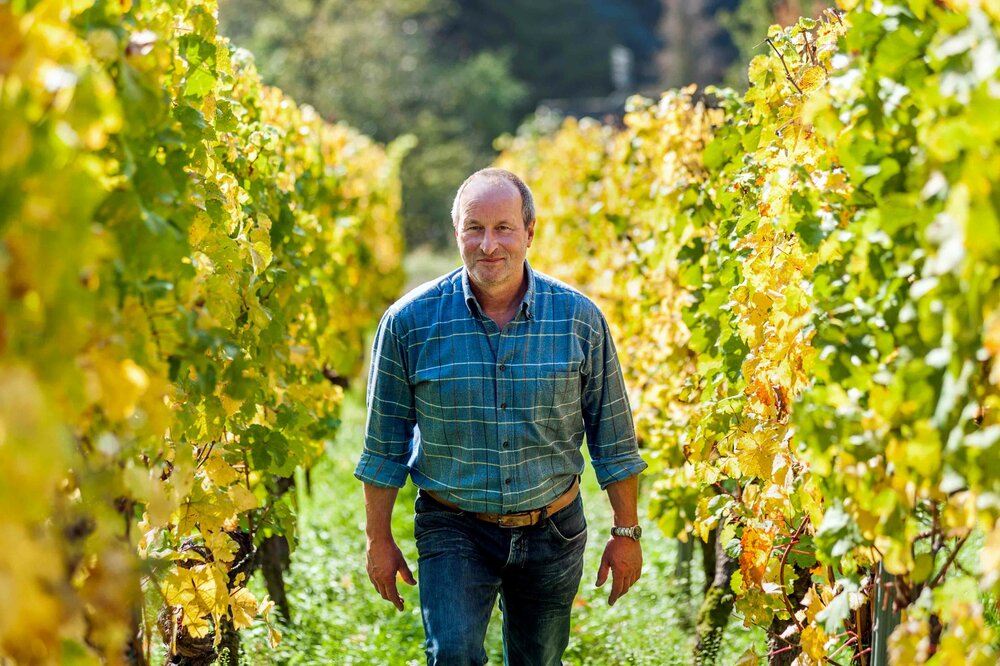 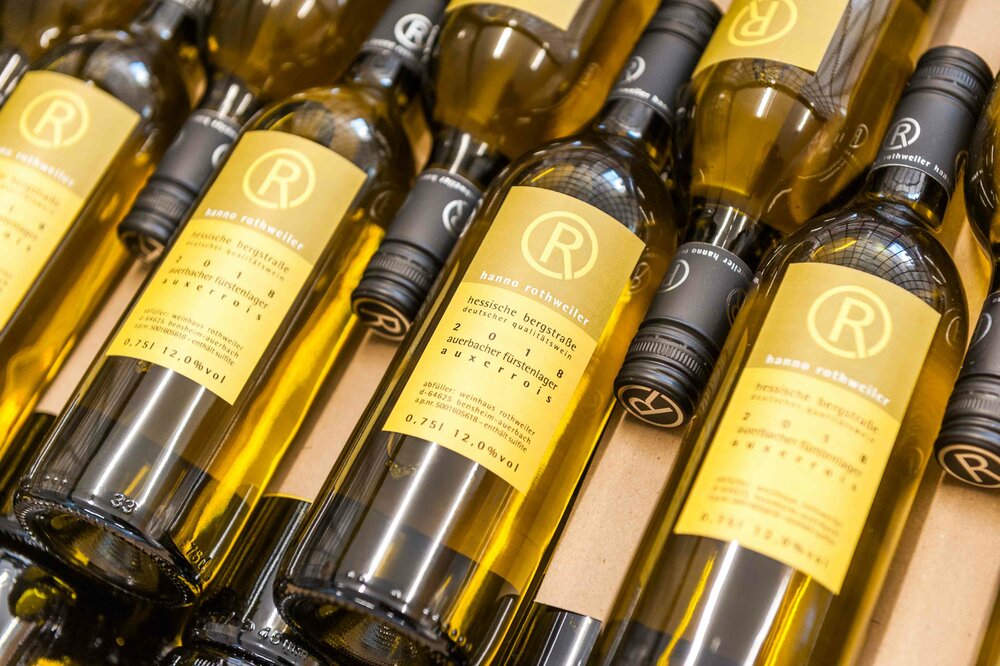 Although Rothweiler is a red wine expert, he also has a weakness for delicate nuances and harmonious pairings. He is confident in Red Riesling becoming the reason to visit the wine region, if it isn’t already. The business has been growing this variety since 2009, which is a colour mutation of White Riesling. His first vintage was bottled in 2011. The vintage grape is neither a new variety nor a marketing gimmick. “Red Riesling is highly resistant, requires less water and has a thicker skin,” explains Hanno Rothweiler in a pragmatic fashion. For him, the red brother is clearly related to the local classic but also has a more muscular structure with greater extract, aroma and an earthier, less sharp acidity. “It looks totally different,” says Rothweiler when talking about the performance of this very old newcomer. 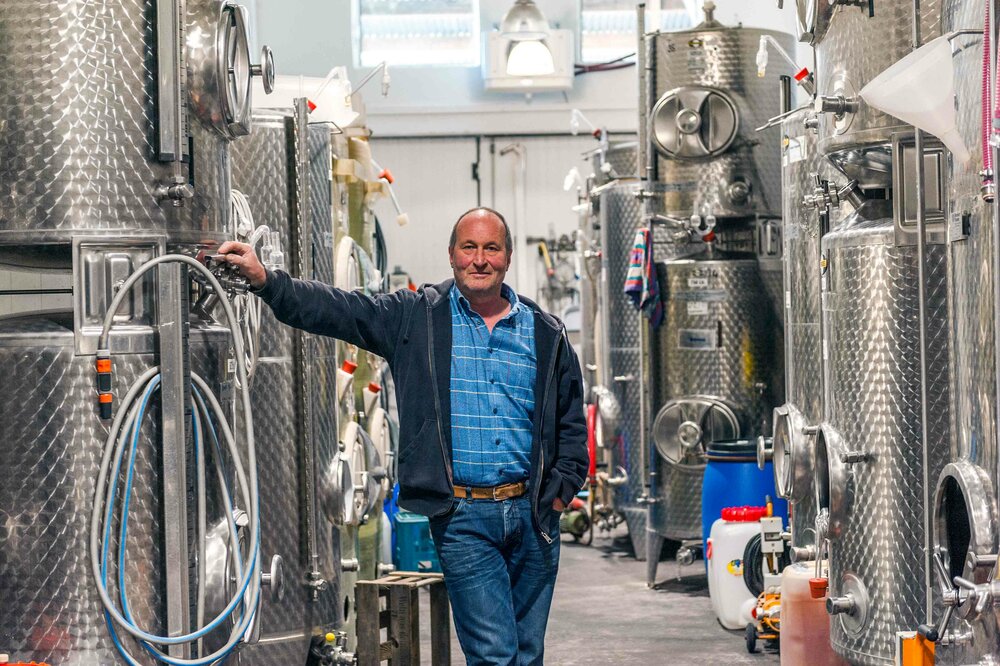 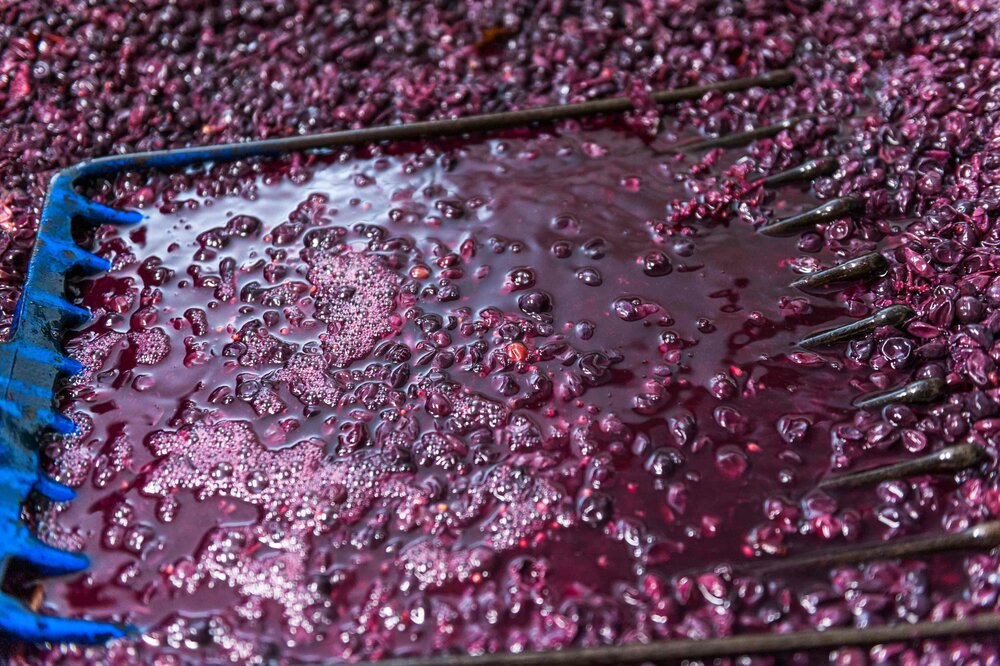 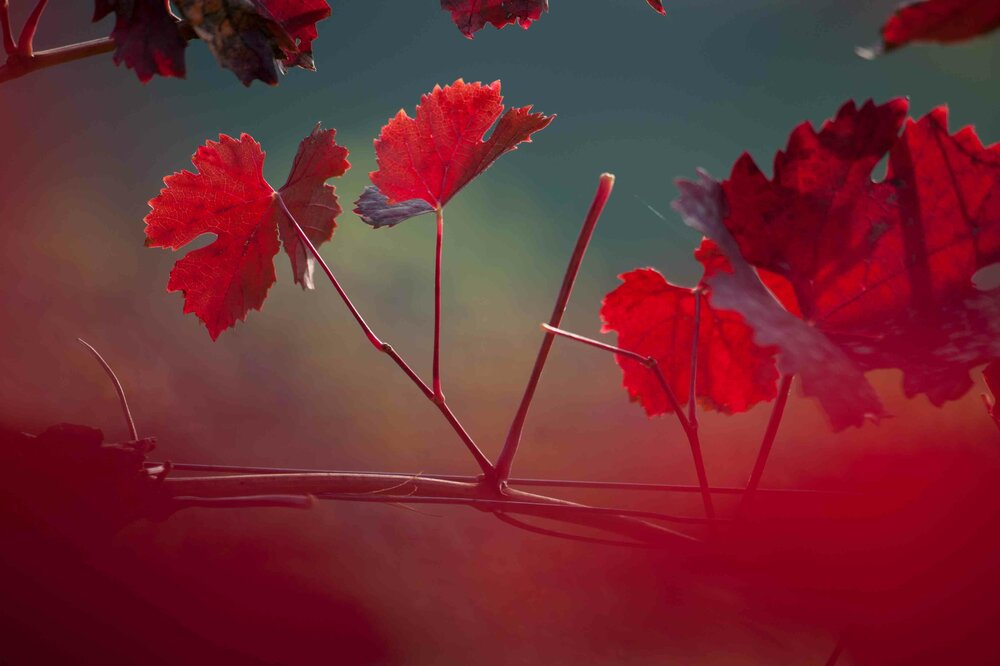 For a long time, the interplay with the red grape skin and white juice went forgotten. The resourceful young winemaker, Walter Götzinger from the small town of Bensheim-Zell, discovered the rare variety for himself by accident and grew it for the first time in 2006. At the same time, in Heppenheim, vine propagator Reinhard Antes was testing Red Riesling in the wine region. The gentle beginnings of a significant grape renaissance, with the Hessische Bergstraße as the cradle. Many winemakers jumped on the bandwagon, causing the vineyards to explode. There is no end in sight.

Rothweiler also increased his stock with a second plot of land, now measuring around 2000 square metres. It is situated in an exposed location where White Riesling previously grew. This shows the role that the grape varieties play and the potential they offer winemakers. “Many of the new advancements in winemaking disappear again after a few years,” says Hanno Rothweiler. But Red Riesling is here to stay. Thanks to their raw colour, these grapes withstand the heat better than the white ones, he reports from the vineyard. This is no insignificant factor in one of Germany’s warmest regions. Quite apart from climate change that will also have an effect on the grape varieties grown in the long term. 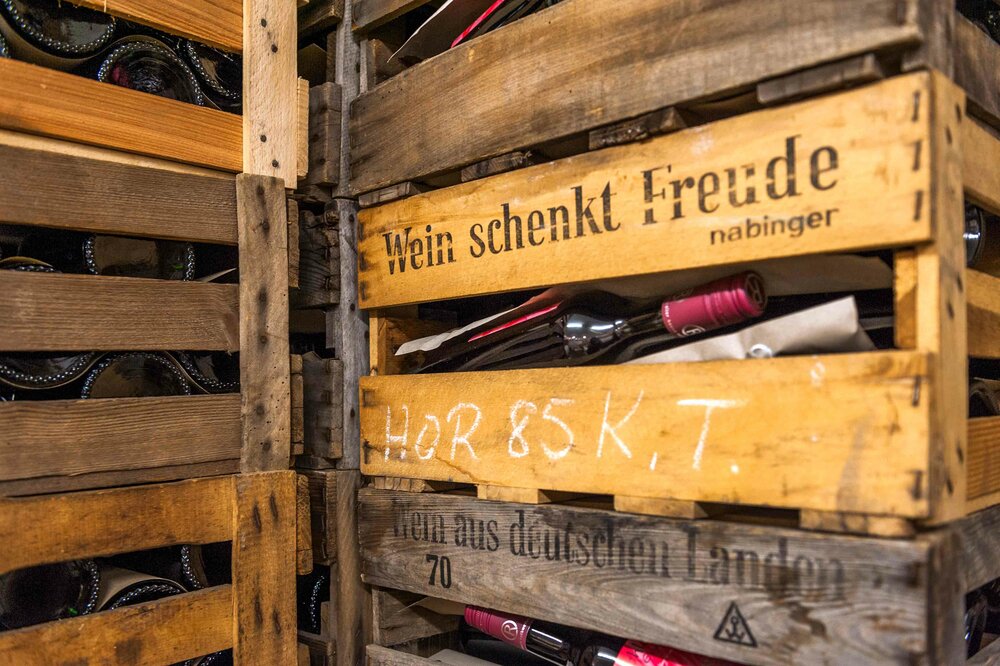 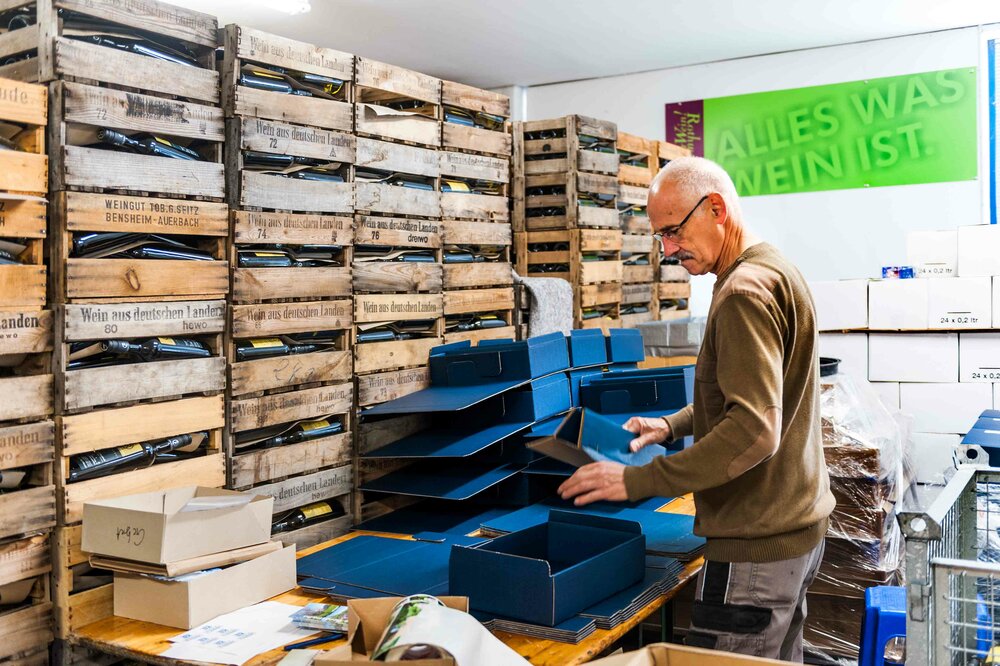 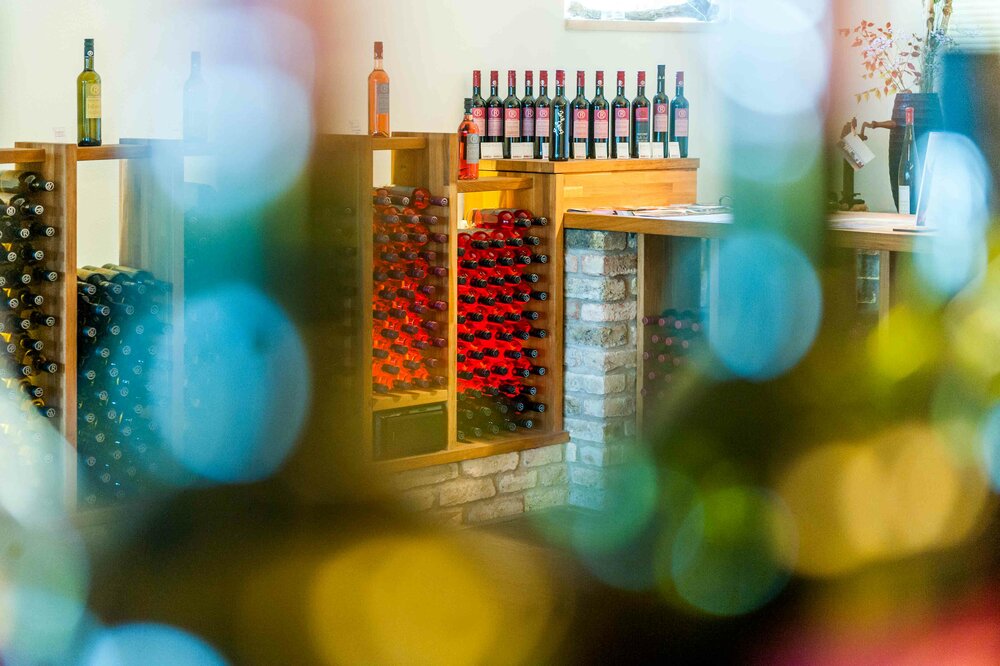 In his Auerbach-based vineyard - distinguishable by its little red tower - the omnipresent winemaker also pairs Red Riesling with other varieties. He coolly describes the dry crossover with Pinot blanc as “reconciliation in a bottle”: with the crisp bite of the Riesling and smooth body of the Burgundy wine, the Cuvée is a real delight among connoisseurs. Hanno Rothweiler is confident in the red skin’s ability to bring wine drinkers back on the path towards White Riesling, which continues to have the edge on the Hessische Bergstraße with almost 50 percent of the total vineyard area, including its associated enclave, Odenwald wine island, east of Darmstadt.

As the world’s largest producer of Red Riesling, the little Hessische Bergstraße could blow its own trumpet. The winemakers, however, keep their feet firmly on the ground whilst sharing what's on their minds. The main priority for people such as Hanno Rothweiler is the qualitative further development of the winegrowing region in order to preserve the valuable cultural landscape and the future of the industry in the long term. His vineyard was recently recognised as a training company. He is pleased that more young people are entering into “green professions”. Rothweiler himself wanted to work in landscaping. He has not ended up too far away from this. 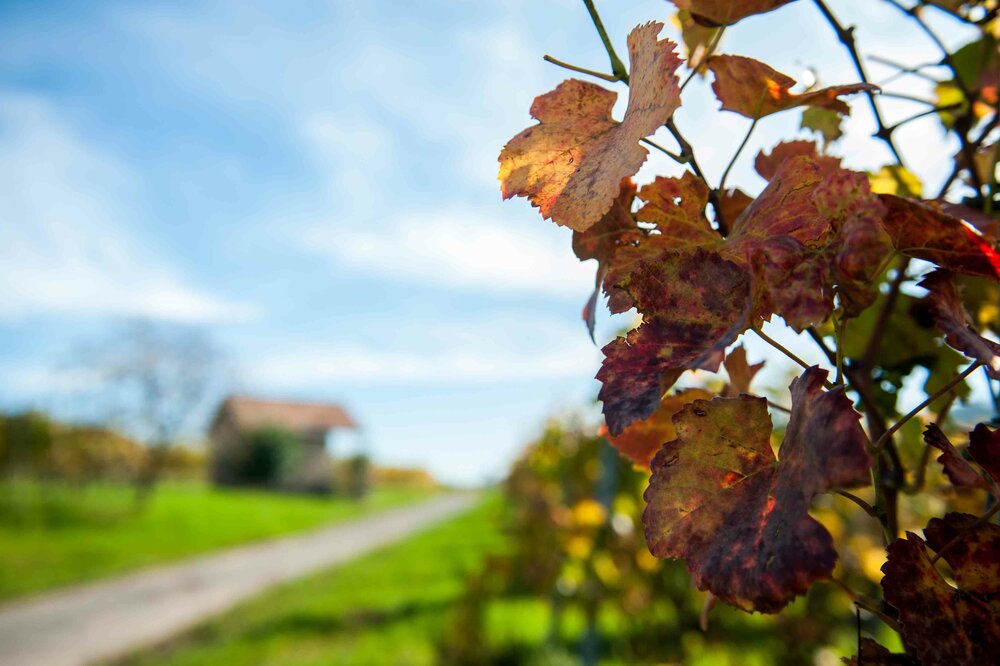 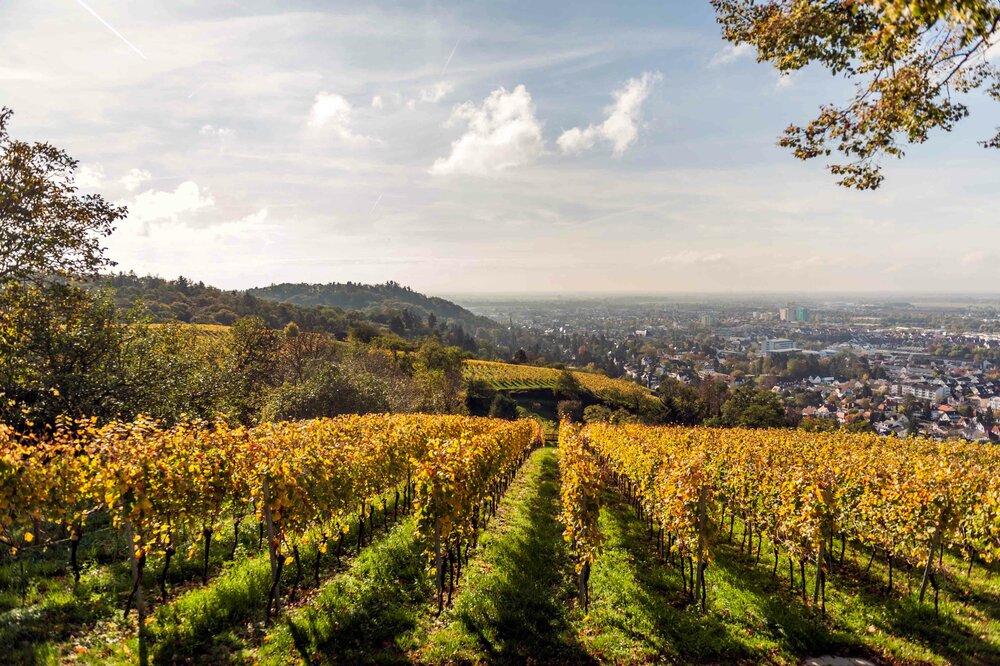 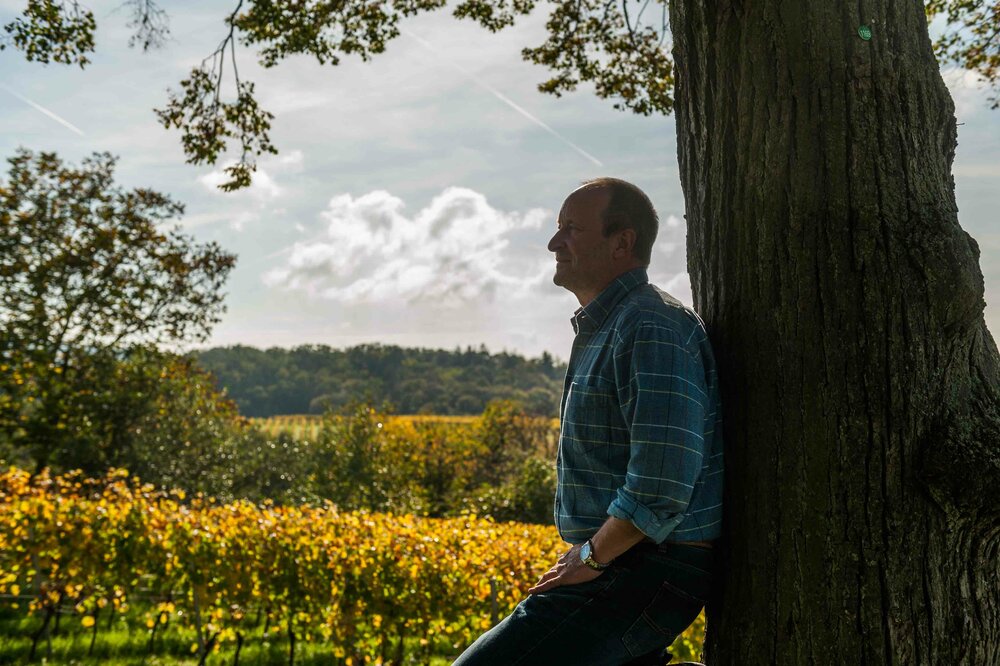 After decades of development and finding his own style, Rothweiler wants to remain a critical spirit. A sceptic who always questions things and wants to improve them instead of simply resting on his laurels. “Those who relax fall behind,” says the winemaker who views the Hessische Bergstraße in 2020 in a generally satisfactory position: some fairly young associates have joined us, including the Schloss Schönberg winery, Griesel & Compagnie sparkling winery (both belong to the Streit entrepreneur) and - freshly added - the small Heppenheim-based operations Amthor and Weinbau Koob. Now it’s all about working together for the good of the wine region.

On the other hand, a few defining characters have been respected. As an example he names Weingut Seitz, his teaching operation, which fully sold its vineyards. He still likes to quote his former boss, Tobias Georg Seitz: It takes around 10 years after restarting to obtain a decent collection, and 20 years to put your own stamp on it. Rothweiler started 38 years ago and is now a prominent figure on the local scene.

“Don’t ease off - always stay on the ball,” he describes his motto, which is good advice for the entire wine region.  The signs are good.  The former “young winemaker” and sassy pioneer has become an experienced and highly valued winemaker. Nowadays, he is a little quieter, more reflective and contemplative but Hanno Rothweiler has never lost his vibrant pioneering spirit after all these years. 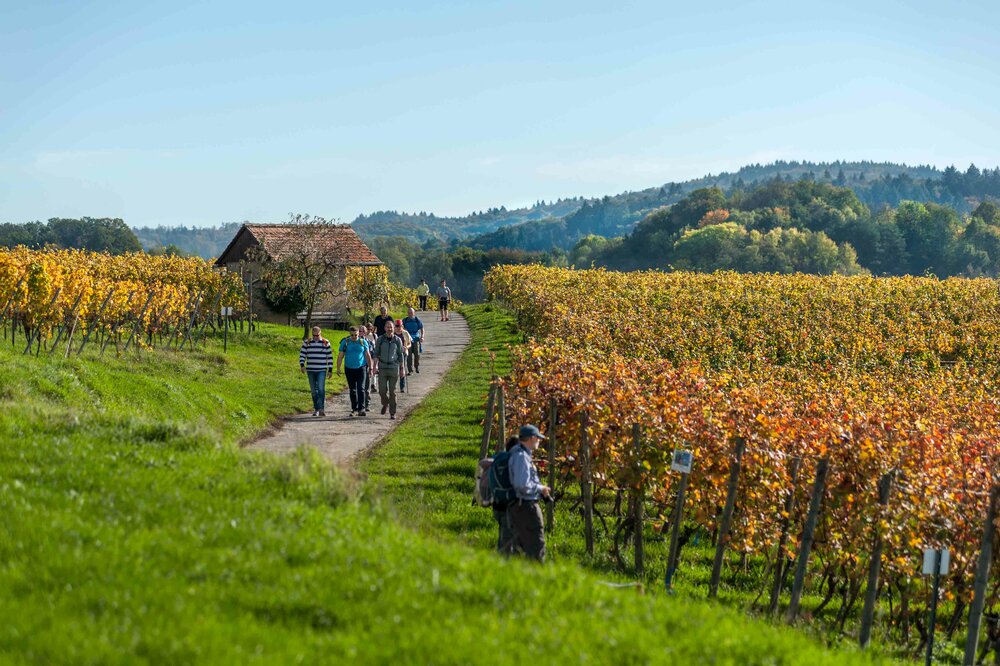 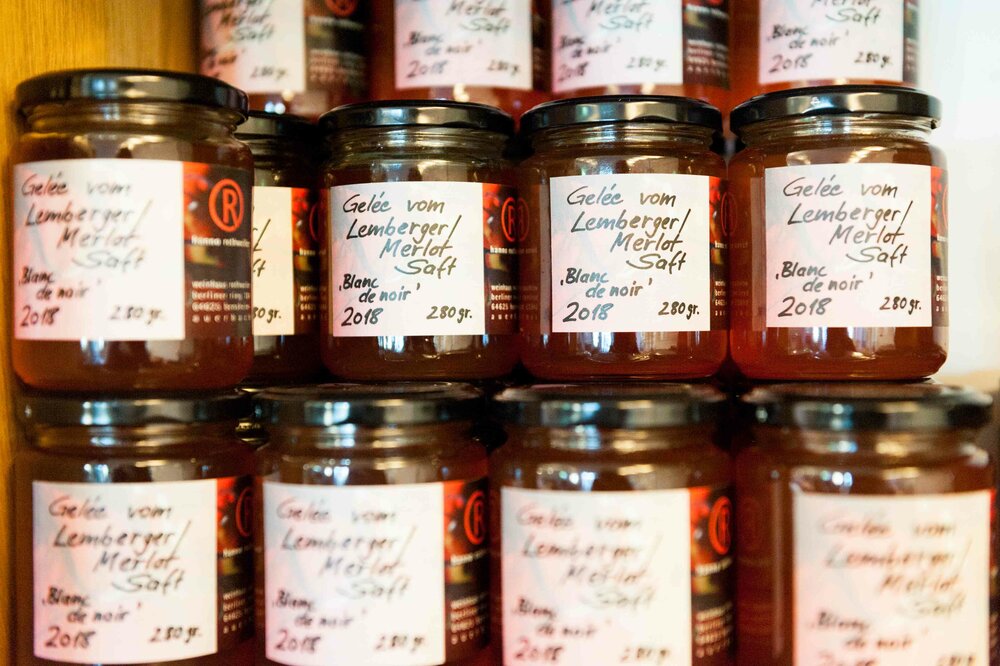